So the day after my own drone sliced my arm open we decided to go do something more fun. A fun day trip this would be for sure and quite a well-known and beloved destination in Batangas we would go to…

Fortune Island is not an ancient island with real Greek structural remains I would soon come to know; it's actually an abandoned resort which at one point was deemed and labeled a 'failed project'. 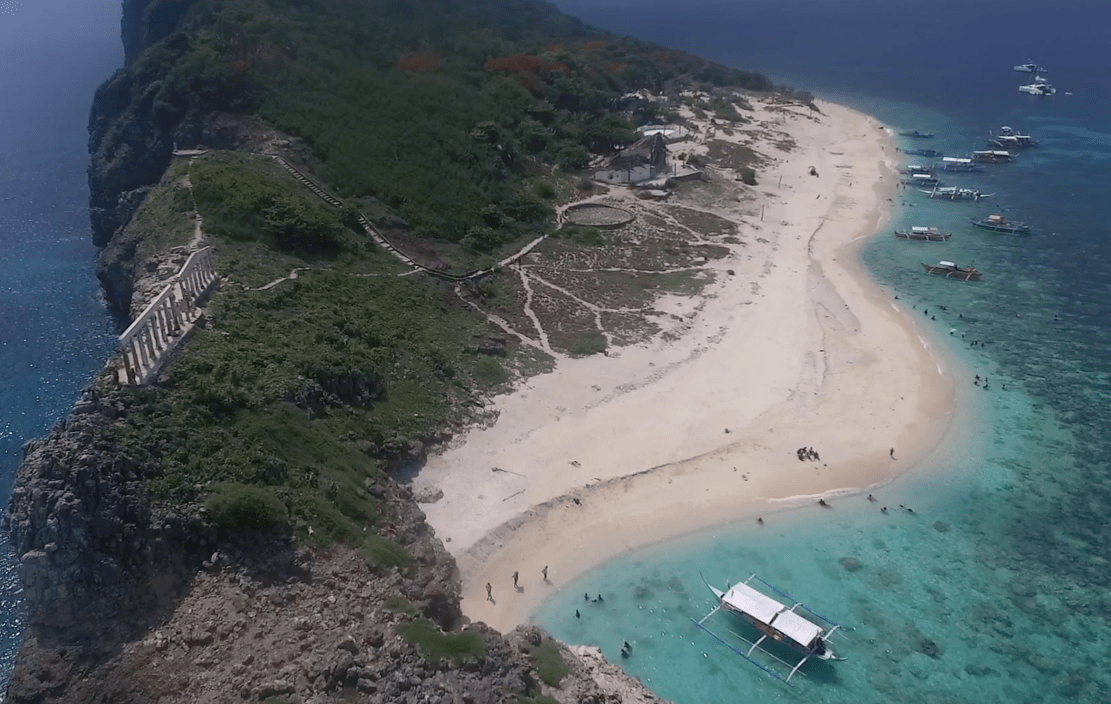 Fortune Island from the sky.

We took the same boat as the day before but this time for double the price: 5000 PHP (100 USD). Of course it's a famous attraction in Batangas and the boat guys have to wait for a full afternoon most of the time but still; this already is coming more close to Western prices. 5K PHP is definitely quite on the expensive side I would say, talking from my 1 year experience here in the Philippines. 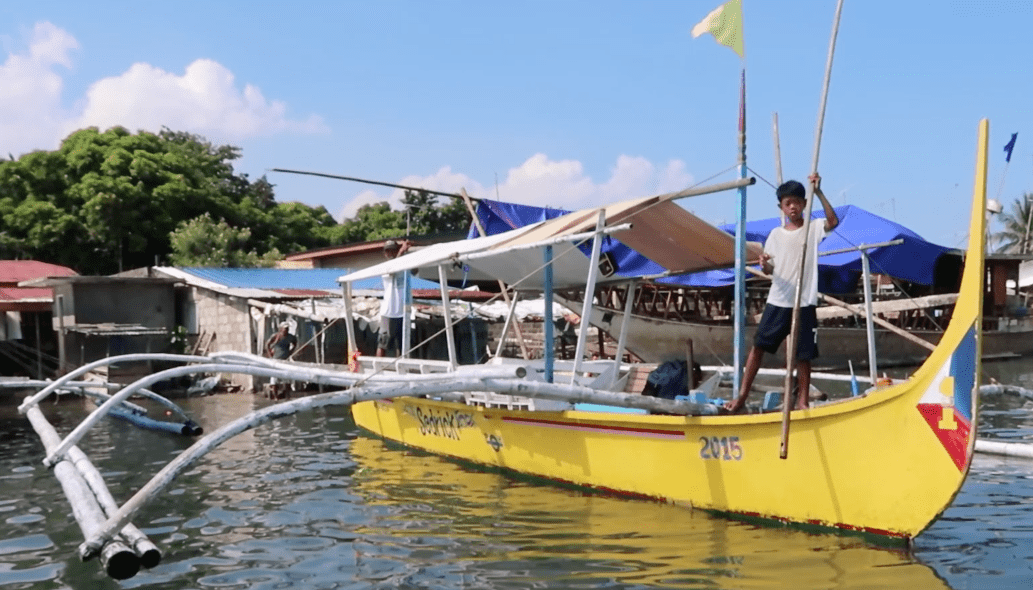 Anyway, an hour long boat ride it was to Fortune Island and the Greek Acropolis structure that serves as a landmark for this island was clearly visible from wide afar. When we arrived on the island we immediately sought shade and I burned alive that day (and the day before). 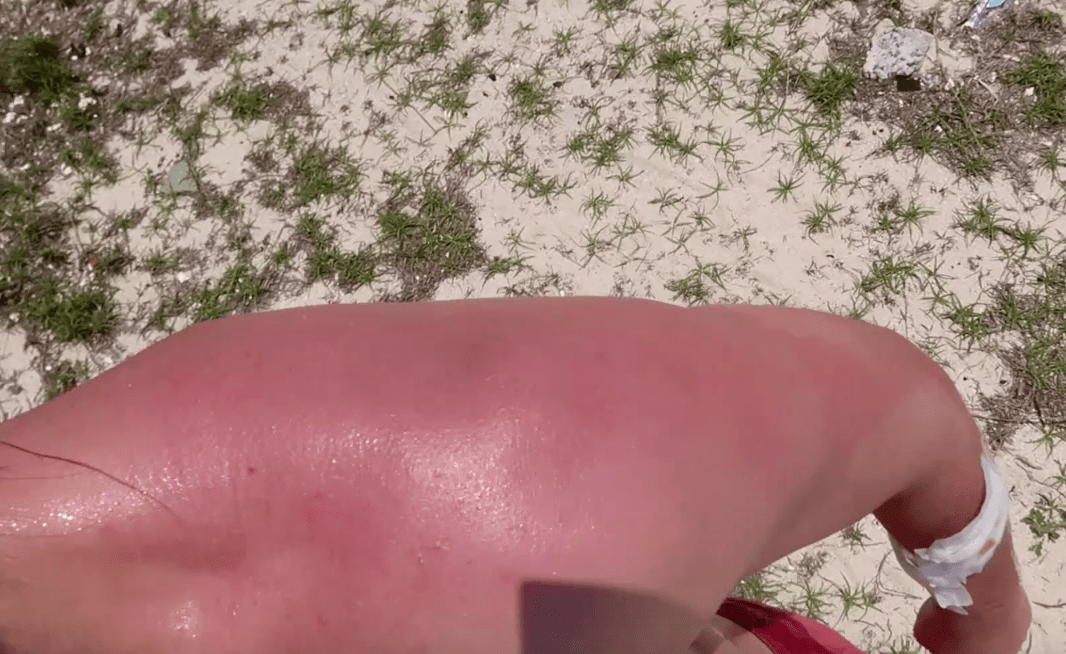 At the beachside there is the remains of what used to be some sort of luxurious beach villa, including debris that resembled pools and baths. People were camping nearby, apparently it's possible to spend nights on Fortune Island. That also seemed liked quite a cool idea, we didn't have the time or equipment for camping though on this particular trip. 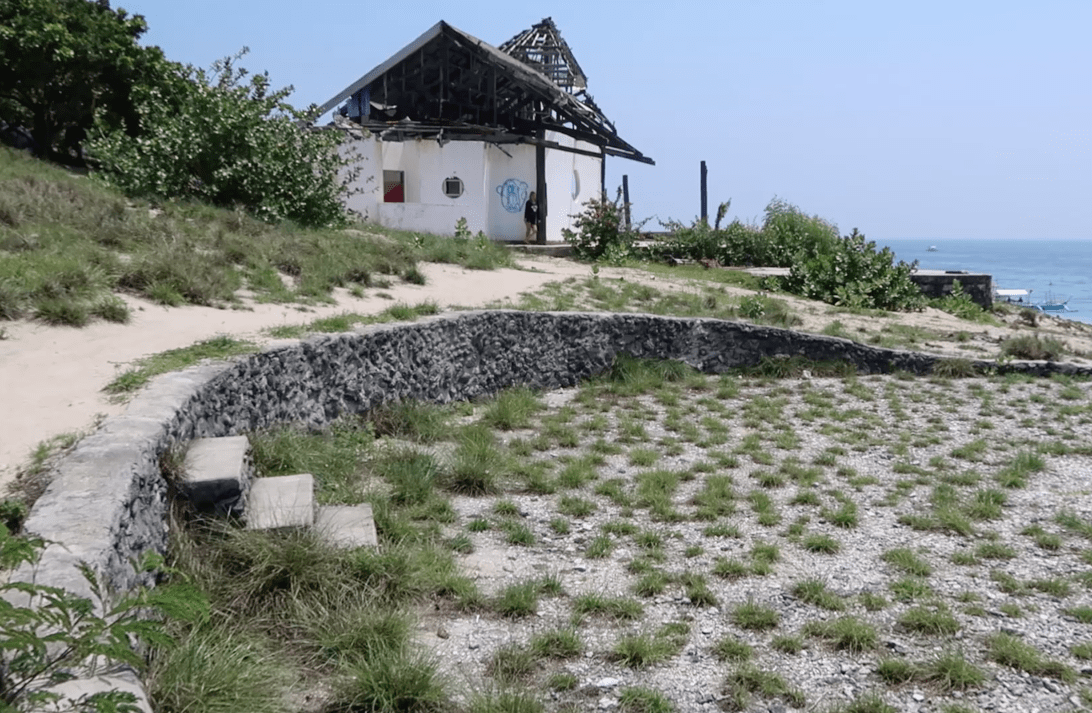 After a short recoup we were walking through the blistering sun cause we were heading for the stairs that would lead us to the Acropolis thingy and….: the cliff dive site.

I loved cliff diving and even though I'm not a professional by any means, i mustered up the courage to perform a few backflips and stunts here and there. I tried one new jump and landed real hard on my face. That hurt but other than that I had fun and the water was amazing, omg. 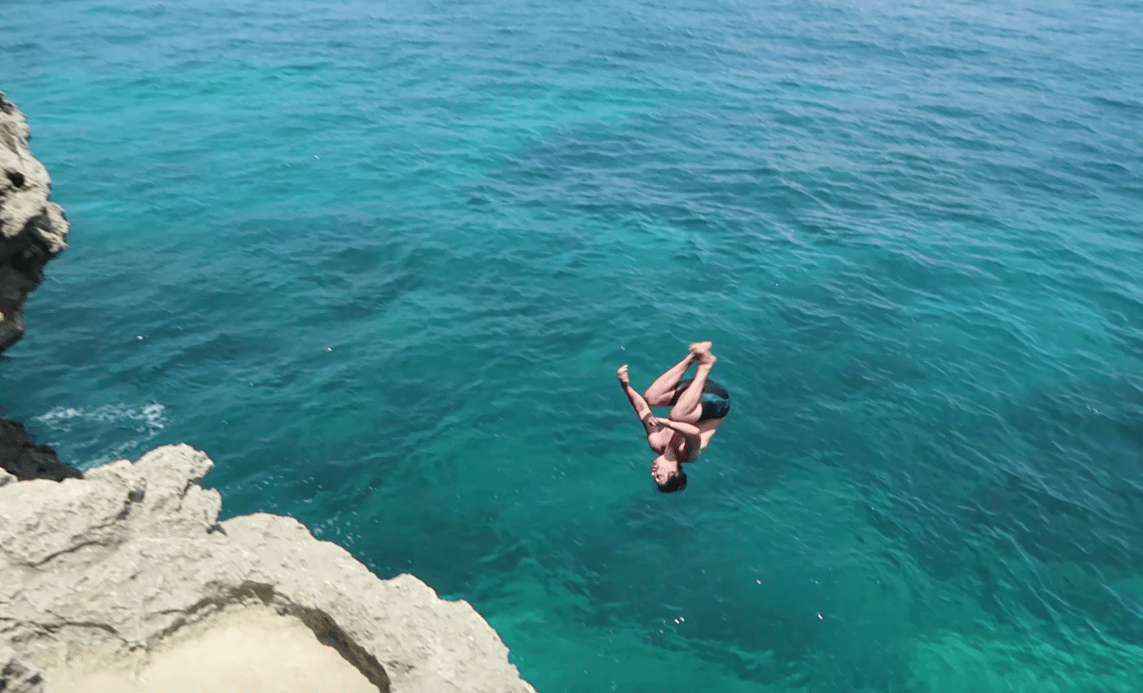 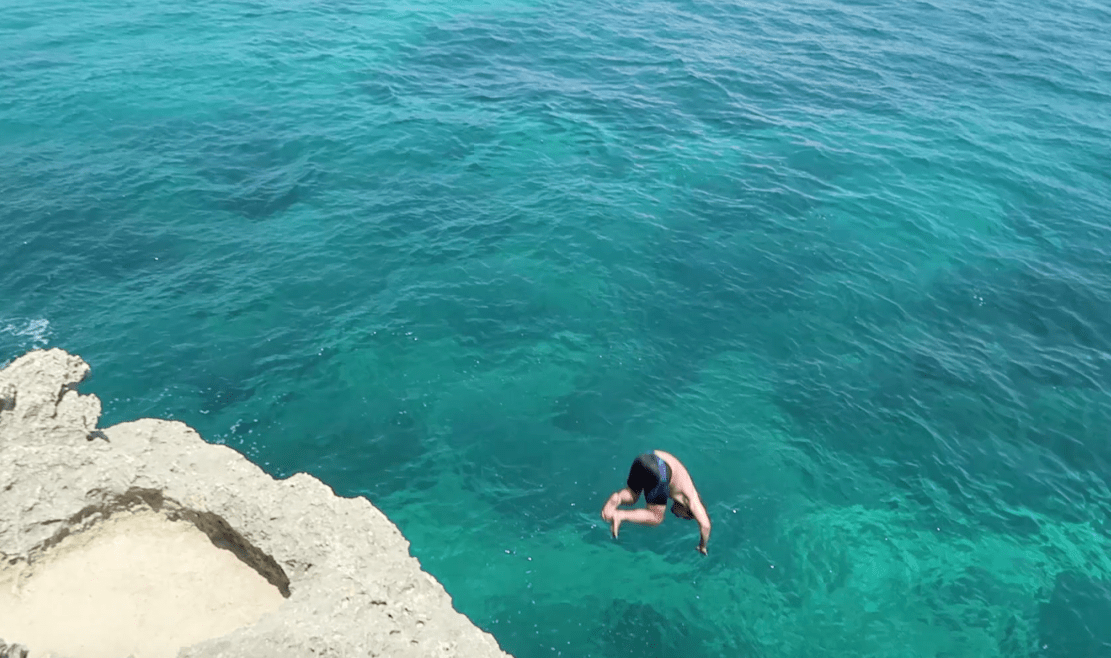 Doing some sort of flip.... 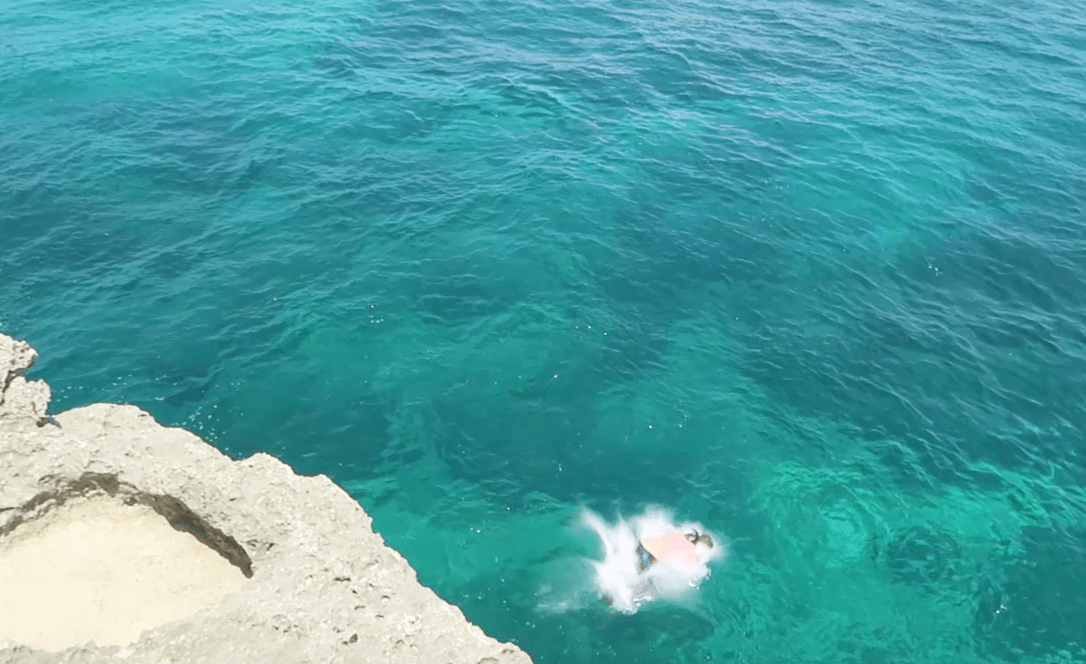 Then the Acropolis structure which again, what can I say about it, is just a remains of a resort. This resort was built for the upperclass and they thought it would be fitting to build a Greek house for the Gods kind of thing cause it seemed to upscale. Well funny fact the reason why the project failed was actually a lack of fresh water resource on the island. Also Fortune Island seemed prone to being hit by typhoons with the last big one destroying a lot of structure. After the owner just abandoned the island calling it a failed project. Nowadays the island is under lease by a Korean businessman who exploits the island (we had to pay an admission fee). 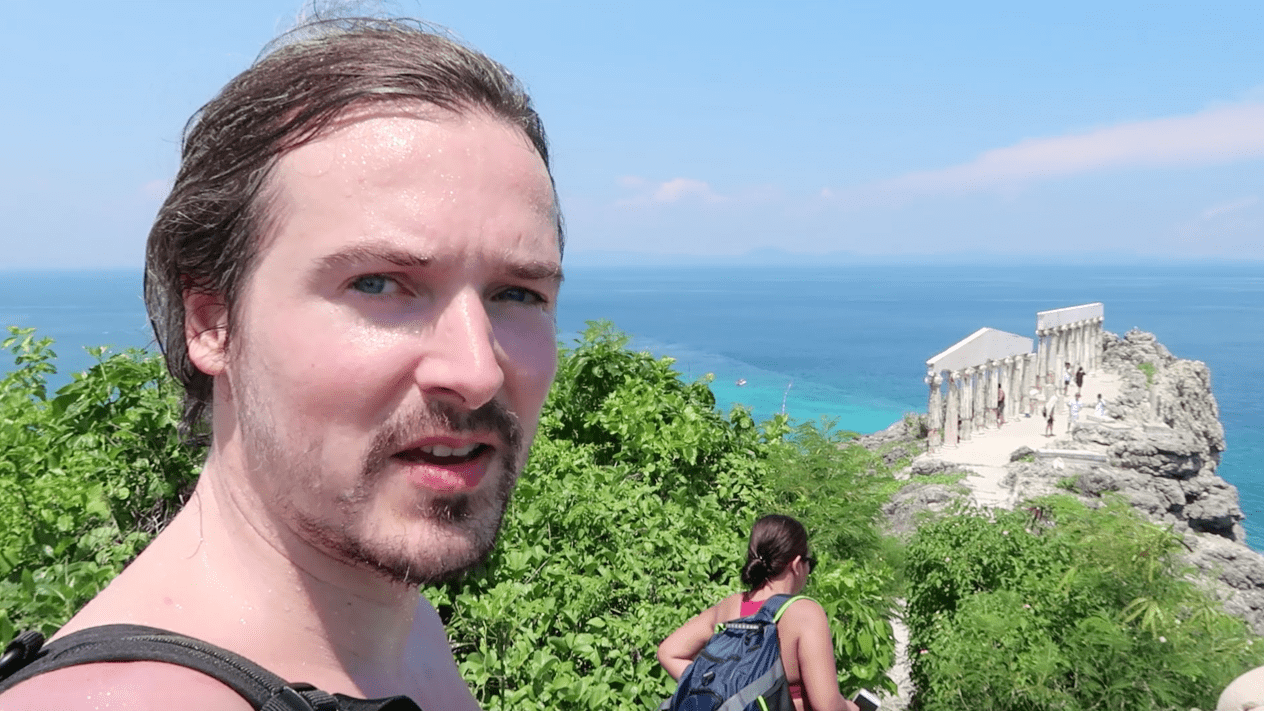 If you like cliff jumping Fortune Island is worth it. If you care about your Instagram feed, also worth it I guess. If you find abandoned places fascinating, worth it to go. When you're in Nasugbu, go to Fortune Island. Otherwise, just watch my vlog and see how it's like. I think I made a good one!