Starting point of the Death March; Bataan's most gruesome piece of history.

A testament to one of the most gruesome parts of the Philippines' war history; the Zero Km Death March Marker marks the start-off point of a certain march, where thousands of Filipino and American soldiers died during...

200 meters from the Philippine-Japanese Friendship Tower in Bagac, the first of the 138 Death March markers can be found. From here, this historic event took place in April 1942. After losing a ferocious battle against the Japanese, some 76.000 of Filipino and American soldiers were forced at gunpoint to walk more than 65 miles through the blistering heat. The ultimate destination would be Camp'O Donnell which turned out to be one of the most hellish of WWII's concentration camps. More than 10.000 prisoners of war died along the way, while many kind hearted locals risked their lives to sneakily deliver the struggling soldiers some water or food.

Another Death March Marker in Bagac (the 2 Km Death March Marker) at night. The plaque installed in these markers were donated by the Filipino-American Memorial Endowment, Inc. (FAME) and the American Chamber of Commerce of the Philippines.

To read more about this gruesome part of Bataan's history, you can visit this link about the Bataan Death March. For now be rest assured that, while being in Bagac, the Zero Km Death March Marker as well as the Philippine-Japanese Friendship Tower in Bagac, is worth visiting to stand still and/or commemorate this horrifying story that is called the Bataan Death March. You can find many more Death Markers throughout Bataan (138), but there are only two Zero Km Death Markers within the province: one in Mariveles, and one in Bagac. 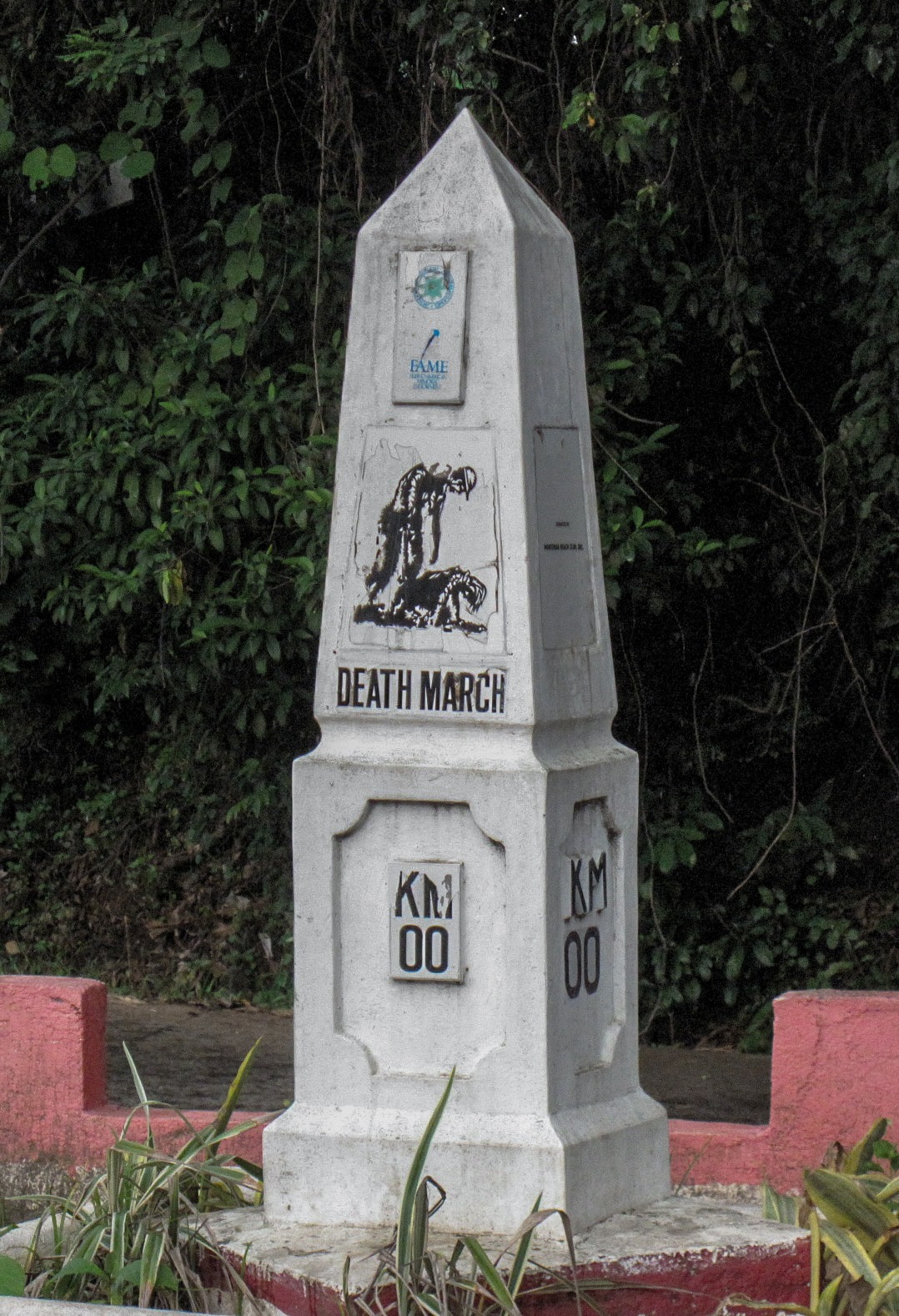 This is the other Zero Km Death March Marker, located in Mariveles, Bataan.